Western Ringtail Possums under the spotlight

Nature Conservation’s Western Ringtail Possum Conservation Program had a busy year during 2019. Updates on the various components of the program are provided below. This valuable work is funded by the Australian Government’s National Landcare Program through the South West Catchments Council and supported locally by the Augusta Margaret River Shire’s Environmental Management Fund.

The outstanding efforts of the 12 volunteer citizen scientist teams resulted in 127 surveys completed across the year. Western ringtail possums were sighted on 295 occasions across the 12 transects. Many of these sightings involved family groups, giving a total of 299 adults and 93 juvenile individuals. Brushtail possums were sighted on 186 occasions with a total of 189 adults and 23 juveniles counted.

The 10 survey transects established in late 2018 were increased to 12, encompassing 7 transects along the Wadandi Track, 2 along the Margaret River and 3 in Augusta.

In addition to the surveying, Nature Conservation also delivered a community presentation on Western ringtail possums in this region and held 3 volunteer citizen scientist catch-ups.

Revegetation of Western ringtail possum habitat is an important component of the project and in 2019 we revegetated 2 sites along the Margaret River. A total of 1Ha of possum habitat was revegetated with more than 5000 plants. This was only made possible by the contribution of more than 80 volunteers participating in planting days at the 2 sites.

A targeted Western Ringtail Possum survey was conducted along the Margaret River in Autumn 2019. The survey was designed to provide both a baseline for future monitoring and an increased understanding as to the vegetation community preferences of the species in a Margaret River context.  This information would be used to help guide the choice of revegetation sites and planting species.

The survey included 6 transects varying in length between 650m and 4km. Each transect was surveyed three times during the course of a month.

Alongside Peppermints, Marri is also an important species for WRP with significant sightings occurring within both of these species. Considering their relatively scarcity in the landscape compared to Peppermints and Marris, a significant number of WRP were observed within both Blackbutt and Jarrah. 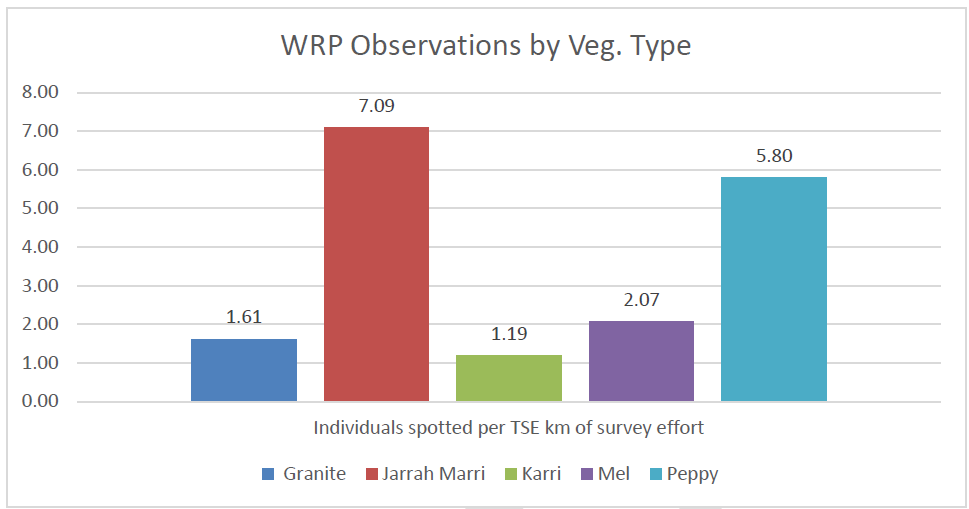 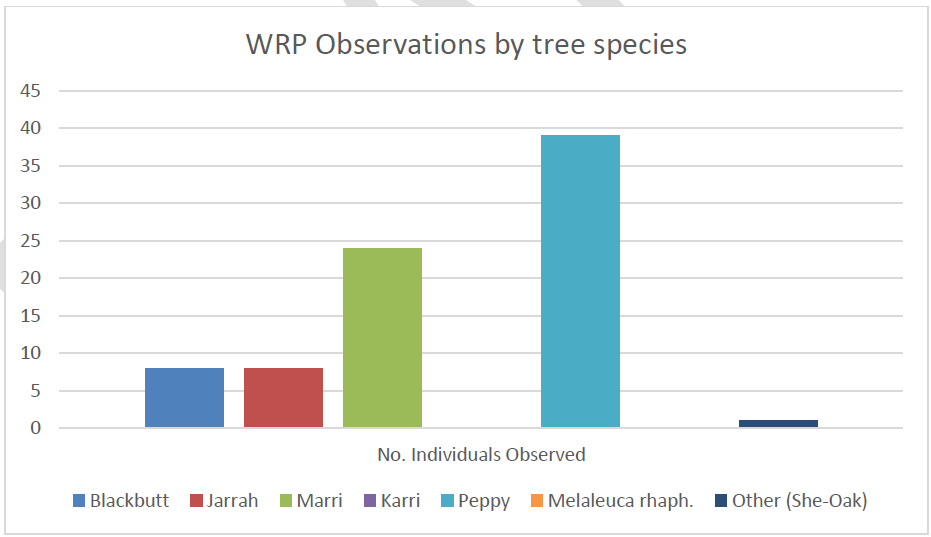